A SIMPLE SOLUTION FOR A TABOO TOPIC

Sexual pain in the post-partum period has become commonplace without us realising it. And still not enough is said about it. We wanted to find out more about the subject and about possible solutions. With the help of a specialist, we will explain how pelvic physiotherapy can help you! 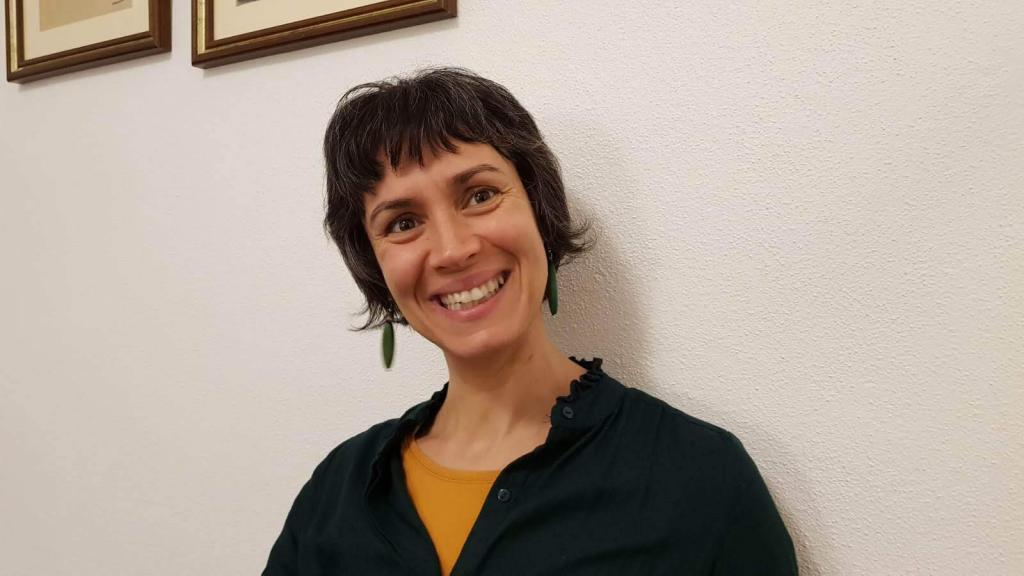 Silvia Charepe Dias is a birth doula, a breastfeeding consultant, and a women’s health physiotherapist with a special interest in pelvic health. She lives in Epsom and works between Surrey, London and Portugal. She also gives online consultations to patients throughout the world. And she told LEMON that sexual pain after pregnancy “has become normalised, especially after vaginal births, but also after C-sections.” By normalisation she certainly doesn’t mean that post-partum sexual pain is a normal condition that does not deserve our attention. “Sexual pain is not normal, either before, during or after pregnancy. If there is pain, it is because something is not right.”

Silvia thinks there is a very concrete reason for post-partum sexual pain. “I think it is often caused by a cascade of interventions that lead to more serious and difficult-to-cure lesions of the perineum, such as episiotomies or more severe lacerations that require stitches. These are very uncomfortable and cause a lot of post-partum pain.” This is precisely where Silvia comes in as a pelvic health physiotherapist.

This branch of physiotherapy treats all kinds of pelvic disorders. It aims to “treat and promote the health of this area of our body” which, for Silvia, is an especially neglected area for many women. “We grew up with an idea, passed down to us, that pelvic dysfunctions are normal, especially during pregnancy, post-partum and during menopause. That what we have to do is learn to live with them and that there is not much we can do.”

But this branch of physiotherapy is much more than sexual pain. “We’re talking about sexual pain, leakage of urine with a laugh, cough or a run, the uncomfortable feeling of heaviness in the vagina, often associated with prolapse… Women hear from other women, from family members and, unfortunately, from health professionals, that this is something normal and that after having children, or at the time of perimenopause, this is what happens.” Fortunately, things don’t have to be like that. “In the majority of cases, there is a lot that can be done. If you cannot completely eliminate symptoms, you can gain a lot in quality of life.”

WHEN SHOULD YOU SEEK A PELVIC PHYSIOTHERAPIST?

“During the pre-conception period, pregnancy, post-partum and perimenopause, even without symptoms, it is a good idea to have a check-up to understand how the body is adapting to these very challenging phases for the pelvic floor. I would say that best practice is for the woman to make an appointment when a couple starts to think about getting pregnant to see if everything is OK and so the physiotherapist who will accompany her during the pregnancy can get a baseline.” Silvia says it is a good idea (though maybe not essential) that the health professional know the woman before the changes typical of pregnancy appear. “During pregnancy, depending on each patient and their goals, it is also good to get a follow up. Sometimes one or two appointments are enough.”

As for post-partum, all women should have at least a postnatal check-up between six and eight weeks after giving birth.

“Later, by the period of perimenopause, pelvic health physiotherapy is important for letting the patient know that everything is OK and to learn about what the body goes through at that stage of life and to maximise the quality of life.”

“Other cases require examination of a certain pathology or dysfunction, including lumbar, pelvic or sexual pain. Pain is almost always a warning that something is going on in our body and we should never just accept it. Other situations include incontinence of liquids, solids or gases. These are signs that the pelvic floor may be in need of a little help.”

Moreover, “any sexual dysfunction, changes in sensitivity, difficulty in reaching orgasm, unsatisfactory sexual intercourse, sexual pain and difficulty in penetration” are good reasons to seek out a pelvic health physiotherapist. Other reasons to seek advice include “a sensation of heaviness inside the vagina, which can be an indicator of prolapse and which will benefit from the supervision of a pelvic health physiotherapist.”

LEMON Magazine [LEMON] – Are there many people seeking you out for post-partum sexual pain?

Silvia Charepe Dias [S.C.D.] – Many people seek help when they resume sexual activity, especially when it comes to penetration. More in the UK than in Portugal… But I believe there are many more people who could benefit from professional guidance and who do not seek help. There is this idea that after having a baby it is normal to have pain during intercourse. So people do not look for a solution. This does not help at all. Sexual relations are not satisfactory, and the condition may get worse.

LEMON – What are the main causes of sexual pain after pregnancy?

S.C.D. – I would say that perineal scars are one of the most common. But also changes in the muscle tone of the pelvic floor. Muscles may be over-reactive, working harder than they should, with a higher tone than they should have. The pain may also be due simply to a lack of lubrication. This is an easy situation to fix. In other cases, the pain is due to structural situations typical of post-partum.

LEMON – Is urinary incontinence after childbirth normal under any circumstances?

S.C.D. – No. The loss of urine is never normal. Even if it is just a few drops during high impact activities or in rare situations. One should always seek professional help from a pelvic health physiotherapist to try to understand the cause of the leakage. People tend to associate it with a condition of pelvic floor muscle weakness, but this is not always the case. There are many other situations that can lead to urine leakage.