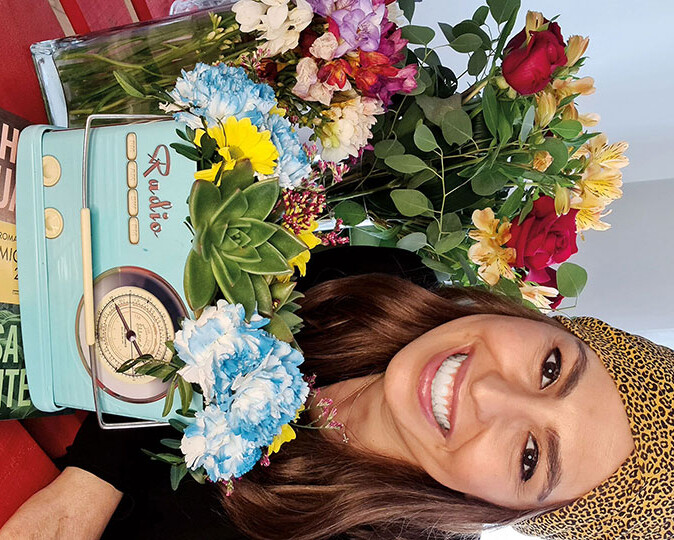 Portuguese superstar radio host Joana Cruz considers herself lucky to have been able to do what she loves and get paid for it for more than 20 years now.
At 42, life changed when she found out she had breast cancer.

This is a story about intuition, courage and strength, always without losing your smile.

LEMON Magazine [LEMON]: How did you find out you had breast cancer?

Joana Cruz [J.C.]: I learned that I had breast cancer in early January 2021. A month earlier, I felt a small imprint on my chest, like a pimple under my skin. I always did regular exams and I rushed to get this analysed. The initial assessment actually reassured me that it was not cancer and to do the exam again in six months. But during December 2020 the signs were evident. Intuition was telling me to repeat the exams. I went to bed at night and felt a tingling in my breast. So I decided to repeat the exam elsewhere and then did a biopsy and an MRI. The results were unmistakable: breast cancer.

LEMON: What were your initial thoughts and feelings after learning you had cancer?

J.C.: My first thought was let’s solve this. I never asked “why me?”. My focus was well defined from the start: to understand what needed to be done to prevent the situation from evolving and always remaining optimistic. I was never afraid of what was coming, but had a lot of trust in my doctors. I just thanked the universe and myself for not ignoring all the signs to get a better look at what was going on. Our bodies are constantly telling us what they need, we just need to listen. Fortunately, it was this speed of action that ensured success and final victory.

LEMON: What were the different stages you went through?

J.C.: I had treatment that started with chemotherapy and surgery at the end. Twelve weekly chemo sessions plus another four fortnightlies. About 5 months in all. Luckily I was able to maintain a good mood and enthusiasm throughout the whole process. Knowing that I was going to the hospital for treatment always gave me joy, because I knew I was going to the place where I would be treated.

LEMON: What helped most to keep your spirits up during the entire treatment and recovery process?

J.C.: Without a doubt, the support of family and friends. And even strangers offering support through social media were a huge help. I felt a wave of love I would never have expected. It was probably because I deserved it!
Another thing that helped me a lot was self-love. Moments like this spur us on to love one another more than ever and so love was never lacking. 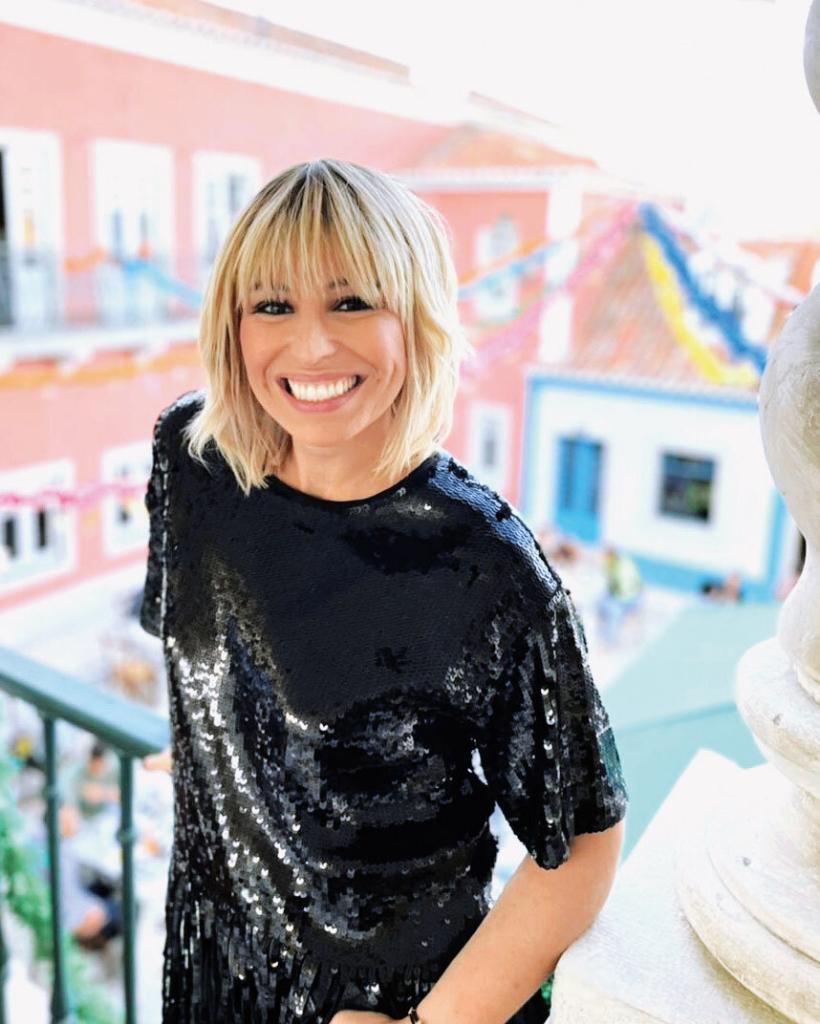 LEMON: Do you think it was a more difficult experience during the pandemic than it would be under normal circumstances?

J.C.: Confinement didn’t make things harder. I think it maybe even slightly helped that people were more available to support me, since they weren’t so distracted with their lives. At the hospital, it gave me even more security, because the pandemic forced everyone to wear masks and only those who needed treatment could enter. Without all the crowds of people, patients feel more secure when going to the doctor.

LEMON: How did you deal with the effects of treatment on your body?

J.C.: The side effects I was supposed to have, I didn’t have. Nausea, vomiting, cancer sores, etc… These were things that didn’t happen to me. I always thought I would not get any of these symptoms and I think that positive thinking helped me. The whole process went beautifully and the only visible thing was hair loss. My hair, eyebrows and eyelashes were gone. But I solved that too from the beginning with wigs and false eyelashes and eyebrows. I wanted to put on as brave and beautiful a face as possible. I believed that way I would never look in the mirror and feel sick. I think it’s very important that we work on maintaining self-esteem.

LEMON: What was the most difficult thing for you during the entire process?

J.C.: I don’t think I had a difficult time. I had moments of great joy, always with acceptance and enthusiasm for the process. I always saw everything very calmly and that helped me not break down, because each stage was a victory for me. And every minute a joy to live.

LEMON: When did you feel your lowest physically?

J.C.:  I’ve never been down physically. I still did some exercise, like Pilates, walks and even when I started to get a little more tired, I just accepted it and thought “I’ll just relax and not waste energy unnecessarily!”

LEMON: The greatest help someone gave you?

J.C.:  My greatest help was my family, even just in terms of logistics. My grandmother made me meals every day, making sure I got a good variety of food and that I didn’t have to cook. And my mother, sister and brother-in-law were right next door, so they helped me with the groceries and everything I needed.

LEMON: Do you think that all your positivity had an influence on your recovery?

J.C.:  No doubt about it. Being and thinking positive is 50% of the cure. Doctors do their part and we do ours. It’s not just a myth that if we manage to clear our minds of bad things, we only attract the good ones. Things happen all the time that prove that it’s worth controlling the negativity around us. If we can attract bad thoughts, we can also attract good ones. The choice is ours.

LEMON: How did the final surgery go?

J.C.: The final surgery was great! I love a good anaesthesia: you have a nice nap and then when you wake up all the medical work is already done. You don’t have to worry. Of course, it’s a little uncomfortable when you first open your eyes, but calmly and in a few days you start to recover mobility and soon you’re as good as new!

LEMON: How do you feel now?

J.C.: I feel great. I always have and feel very grateful to the universe and to all those who helped me, directly or indirectly, in this situation. The only thing to say is thank you!

LEMON: What’s the biggest lesson you learned out of everything you went through?

J.C.: The biggest lesson is something I already knew about, but that at some point I got distracted from fulfilling: we have to be faithful to ourselves, to what we want for ourselves and always follow our intuition. Awareness of who we are and the constant discovery of values is something we need to work on every day. It’s as simple as that. 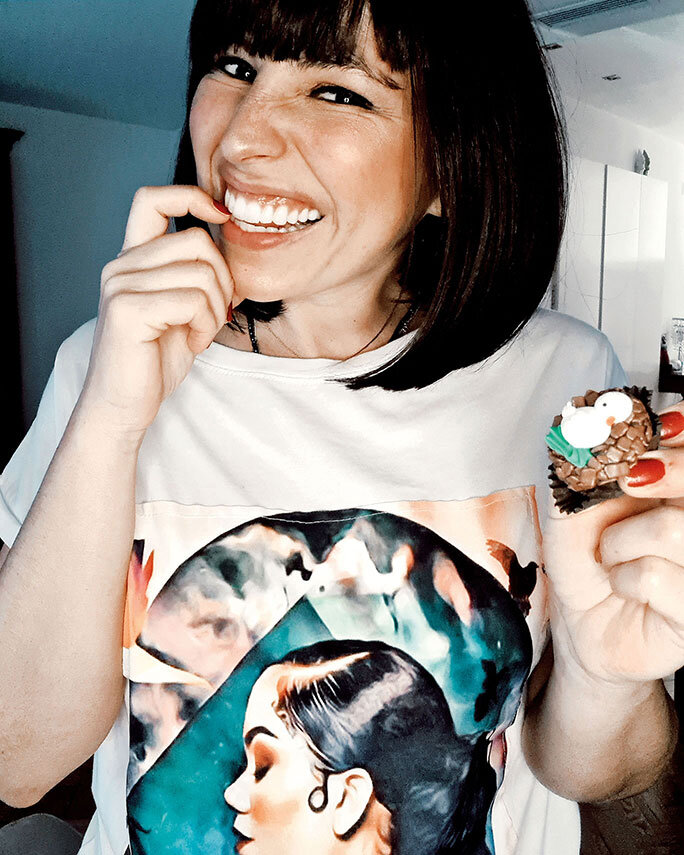 LEMON: Is there anything you didn’t value before and that you do now?

J.C.: I didn’t value hugs and kisses because I’ve always been the kind of person who doesn’t like to be touched. But now a good hug feels so good! And it’s a hug that I also send to all those who are or could be in a similar situation in the future: enthusiasm, strength, no fear… and it can only go well! 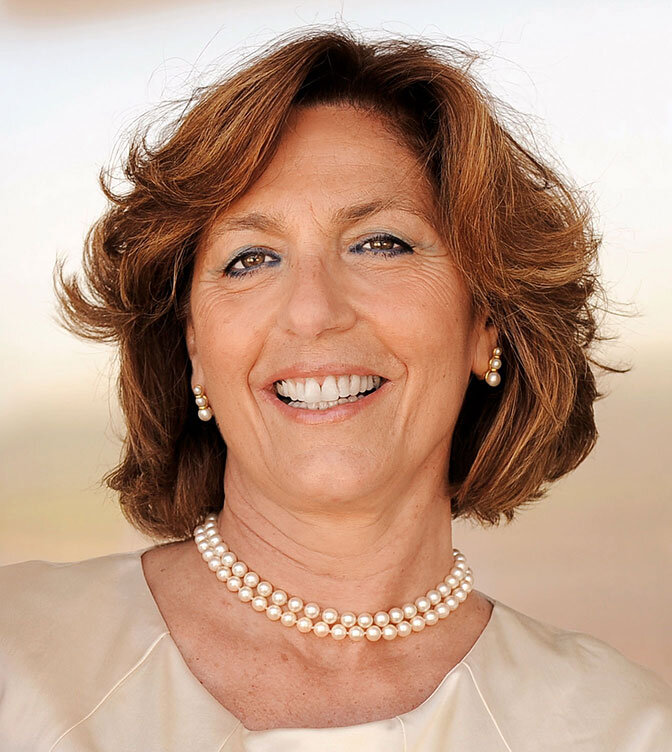 • Among women, breast cancer is the leading cause of premature death and represents around 30% of all cases of cancer.

• Each woman has a one in eight chance of developing breast cancer in her lifetime.

• Breast cancer in men is rare, accounting for only around 1% of cases.

• The good news is that the mortality of breast cancer has been declining, mainly due to earlier detection and improved treatment.

• Mammograms are the best method of early detection, whether in population screening, in symptomatic patients or as a prophylaxis.

• The United States has seen a 40% reduction in breast cancer mortality since 1990.

• One in six cases of breast cancer occur in women between the ages of 40 and 49.

• Three out of four women diagnosed with breast cancer do not have a family history of the disease and are not considered to be high risk.

WHY ARE MAMMOGRAMS SO IMPORTANT?

Mammograms are a non-invasive technique to detect breast cancer and other abnormalities and are the only test that has been shown to reduce breast cancer mortality. They can detect breast cancer in its early stages, long before it is palpable, improving survival and potentially making treatment less invasive.According to the American College of Radiology, women should start annual mammograms from the age of 40, though the recommended age and frequency vary according to different international associations.
Breast cancer is not a single disease but rather a number of different diseases with distinct biology.

PREVENTION
Primary forms of prevention, such as the protection provided by vaccines, do not exist.
What is available is the possibility of early detection through imaging tests such as mammograms, but also ultrasound in younger age groups and MRIs in high-risk groups.
A healthy and active lifestyle that avoids obesity, sedentarism and excessive alcohol consumption is the best means of protection against all types of cancer.
Smoking is a particularly strong risk factor.
Having breast cancer is a risk factor for developing contralateral breast cancer.
Ionising radiation can induce the development of breast cancer, especially during childhood and adolescence, as for example in the treatment of Hodgkin’s lymphoma.
Only 5 to 10% of cases of breast cancer are due to hereditary mutations in highly penetrant genes.
The risk of breast cancer is related to the number of first-degree relatives (mother, aunt, sister) affected and the age of diagnosis.
The genetic study of healthy family members at risk for hereditary cancer should be carried out with genetic counselling.
Higher breast density (a higher level of opacity) identified during mammography is one of the strongest and most prevalent risk factors for breast cancer.
Nulliparity and older age at first birth have also been associated with an increased risk of hormone-dependent breast cancer.
While there is still some debate about breastfeeding and breast cancer risk, most evidence suggests that breastfeeding reduces the risk of breast cancer.
Manual self-examination of breasts is a simple act that any woman can and should do without anxiety in order to get to know more about this important part of their body.
Self-examination should be done after the menstrual period when the breast is softer. While 20 is considered a good age to start monthly palpation, it can be done at any age after puberty. Only those who know your breast will be able to detect changes that justify seeing a doctor. Although it is especially useful in young age groups not covered by prophylactic or screening mammography, the main objective is the detection of impalpable breast cancer.
Most changes young women detect in their breasts on examination are benign, but medical advice should be sought. Persistent pain is not always related to cancer.
That said, medical advice should be sought in the event of any change in the breasts, including changes in the skin and/or the nipple, the presence of nodules, excretion of fluid from the nipples, increased density at certain points or underarm swelling.
In addition to clinical examination, doctors may request a mammogram and ultrasound, or just the latter for younger age groups or during pregnancy. Radiologists may consider it necessary to perform a biopsy, which consists of image-guided collection of breast tissue for a definitive diagnosis. It is a painless process performed under local anesthesia. In other circumstances, imaging alone is enough.
In addition to being the screening test in confirmed high-risk patients, MRIs can be performed in complex situations to better assess the extent of tumours and contralateral breast cancer. While they use no ionising radiation, they do use paramagnetic contrasting, and as such are not indicated during pregnancy. MRIs are the exam of choice for the study of breast implants.