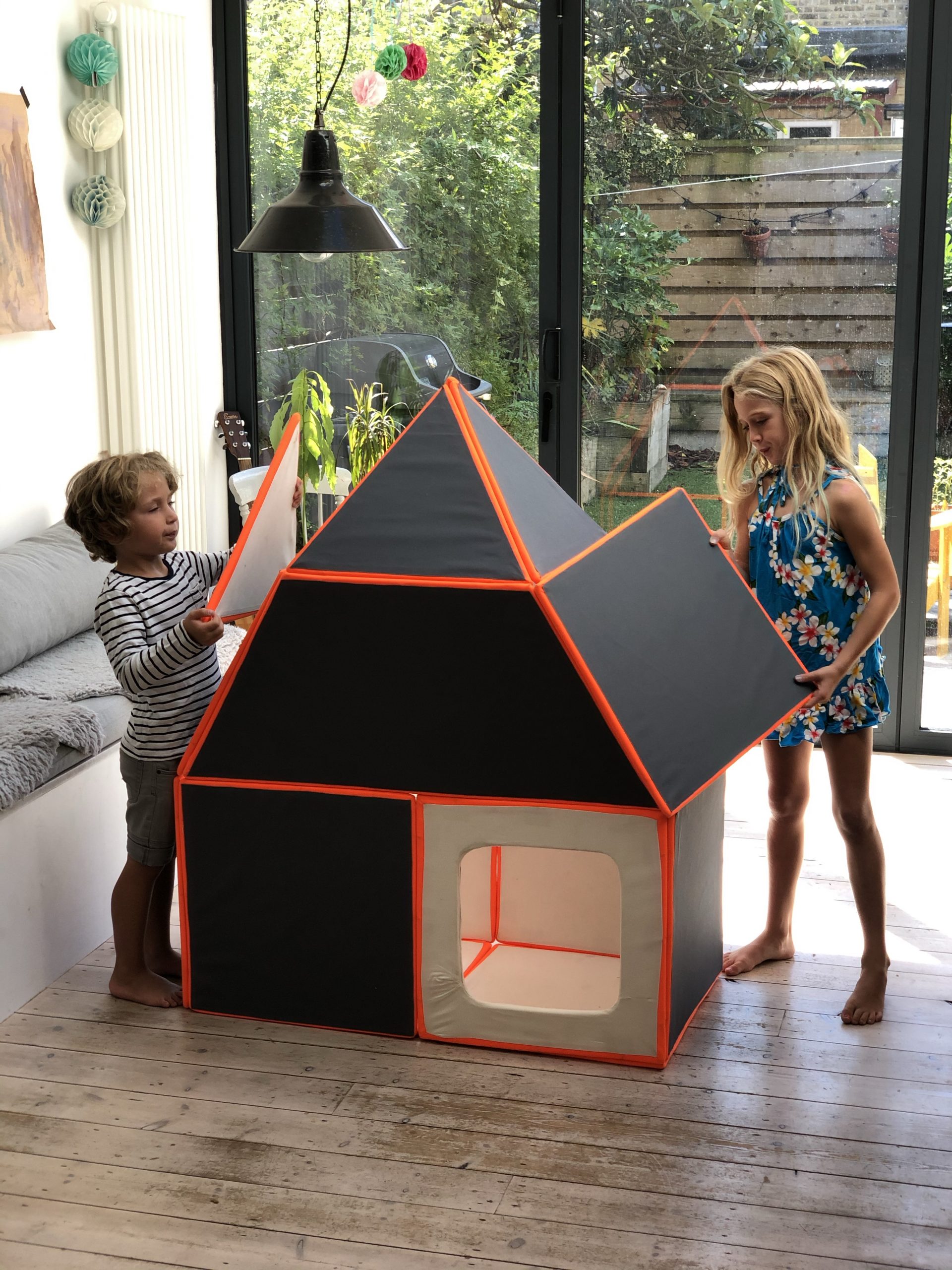 EVERPLAY, a revolutionary new magnetic modular play space that allows kids to create and build whatever their wild imaginations can dream up, has launched a Kickstarter campaign.

In just 1 hour Everyplay secured $550,000 (smashing past its funding goal of 35K) and the campaign still has 29 days to raise more money as popularity for the play space increases.

The life-sized play space comprises of 24 eco-felt connectable panels and encourages children to create a space of their own (and to share with others) – from secret hideaways, forts, spaceships, dolls houses, boats, fire engines, stages for shows/puppet shows, and everything in between, the possibilities and fun is endless!

For the 24 panel Everplay set, Kickstarter backers can pledge £145 ($195), representing a 35% discount (the 40% discount has now gone!) from the eventual recommended retail price. The Everplay set comes with four different panel shapes (square, triangle, trapezoid, and square with a window) which are magnetic and automatically connect in any direction, so there’s no wrong way to use Everplay.

Founded by college friends and dads Craig Spencer and Anthony Erwin, digital product managers in their day to day lives and serial entrepreneurs, the pair are on a mission to empower imagination and enable more children, inspired by their own, to play more.

They spotted their kids were boxing off areas and building spaces of their own out of cushions, pillows, cardboard boxes, and whatever they could get their hands off and came to the realisation that all of these things could be one thing – a modular concept made of attachable and detachable panels that people can make whatever they want.

“Having noticed how much our kids loved making forts and play dens, but struggling (like we did as kids) to make good ones from sofa cushions and sheets, we decided there must be a better way. And what if we could create something that was more than just a fort? What if one minute it was a castle, the next a spaceship, or cafe, or even a play for stage or puppet show? We believe kids need a little space of their own, and with Everplay we’ve designed, alongside our own kids just that, a space they have control over, can make their own decisions in, and escape into different worlds.

Ant and Craig believe children growing up in today’s busy world aren‘t getting enough opportunity to truly engage their right brain to allow creative development and emotional growth, through unstructured play and make believe – rather than being driven by rules.

Aligned with the thoughts of child psychologists who agree that small spaces encourage right brain activity which enhances creative and emotional growth, Everplay has been designed to give children the ability to make a space of their own (and to share with others) for exploring, discovering, pretending, or simply for some downtime to relax. In a recent study by the BTHA, 63% of parents also reveal they think unstructured traditional play is important to their child’s development.

“In the end, Everplay is simply about having some serious fun – giving kids the chance to have their own space, learn through play, and have a bit of downtime away from a busy world. We’ve been working on the concept for nearly two years now to get it to where it is today, and now we’re launching on Kickstarter to raise funds to go into mass production – and are really excited to be bringing Everyplay to the Kickstarter community.”

Following research to find the best materials for the construction of Everplay, each panel is made from eco-felt (made from recycled plastic bottles). Everplay offers the perfect balance of being durable, lightweight and easily washable, so your kids can unleash their creativity anywhere. Better still, with a premium look and feel, you can even choose between four different colours at the end of the campaign: Pumpkin, Medium Turquoise, Charcoal, and Celadon Blue.

The launch of Everplay follows the success of Nugget, the rearrangeable foam block couches, Pottery Barn Kids foam block fort kits by Foamnasium and fellow Kickstarter The Fort, a 12-piece magnetic foam set. Unlike these play-meets-furniture brands though, Everplay provides a more cost effective, larger than life experience, with an emphasis on play, design and imagination.

Children can explore new worlds through creative play, dreaming of what they might be or where they might go, as Everyplay lets them pick their own path and build whatever they can imagine.

Email
No comments yet
← PREVIOUS POST
SOMEWHERE IN BETWEEN
NEXT POST →
INTRODUCING LOVEVERY; A KIDS PLAY BRAND