DISCOVERING INDIA… WITH THE KIDS! 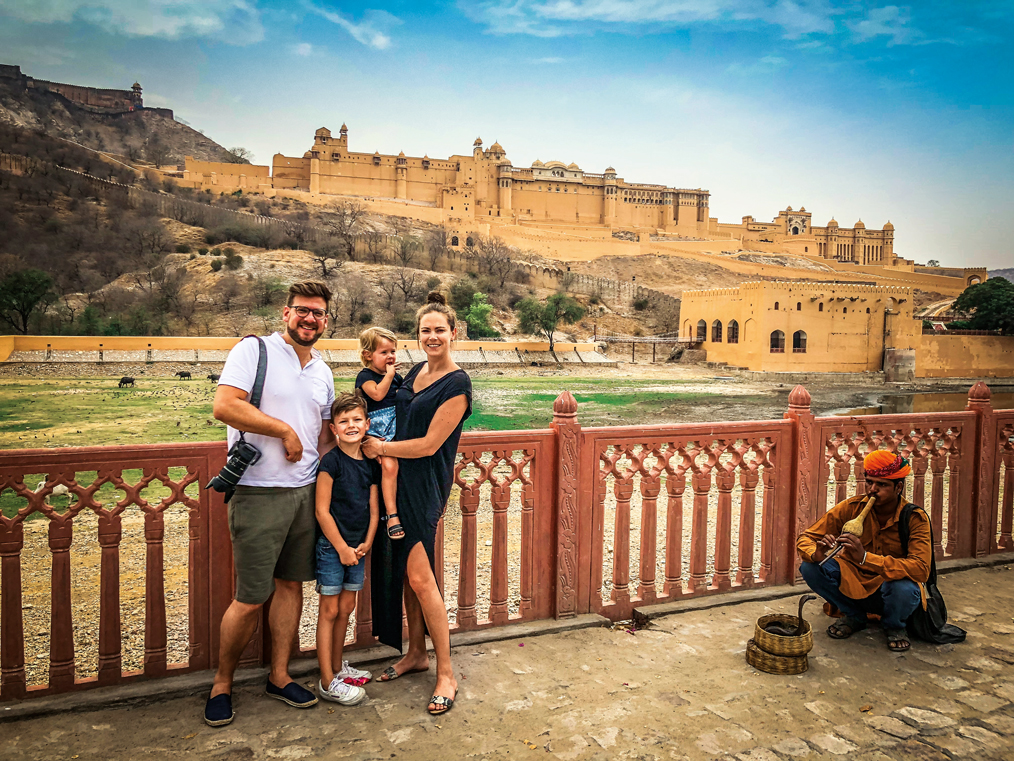 DISCOVERING INDIA… WITH THE KIDS!

Travelling with children is challenging for most parents, but not for Katrien and Ludovic. Taking their two kids by the hand, they have travelled (almost) the whole world. We wanted to find out more about their trip to India and they told us everything we need to know to just go!

By Ana Roque
Photography courtesy of Katrien and Ludovic 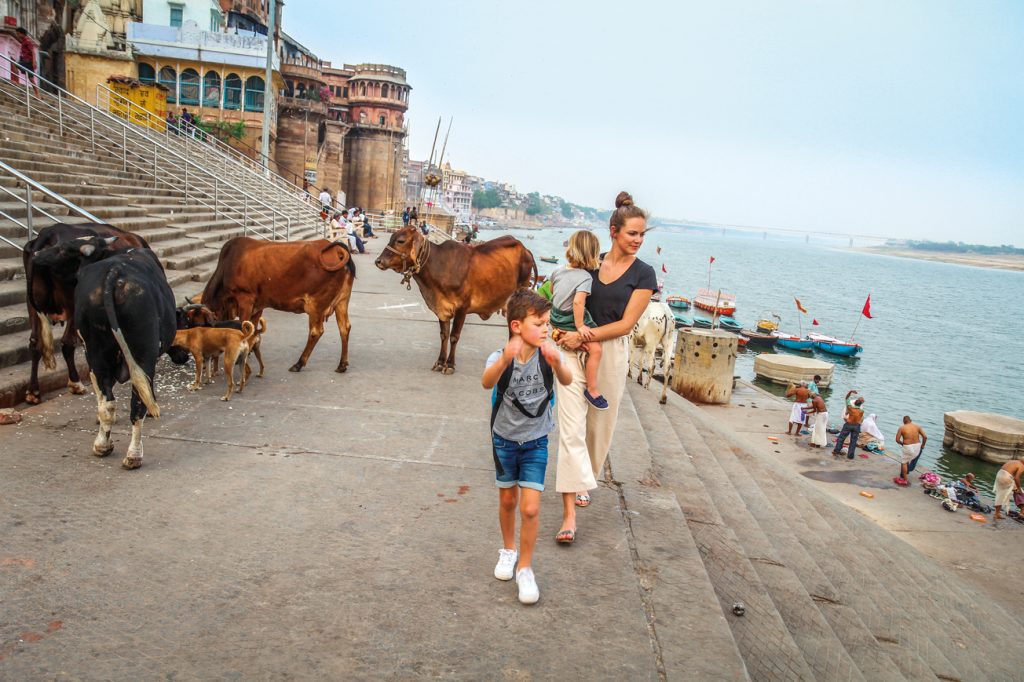 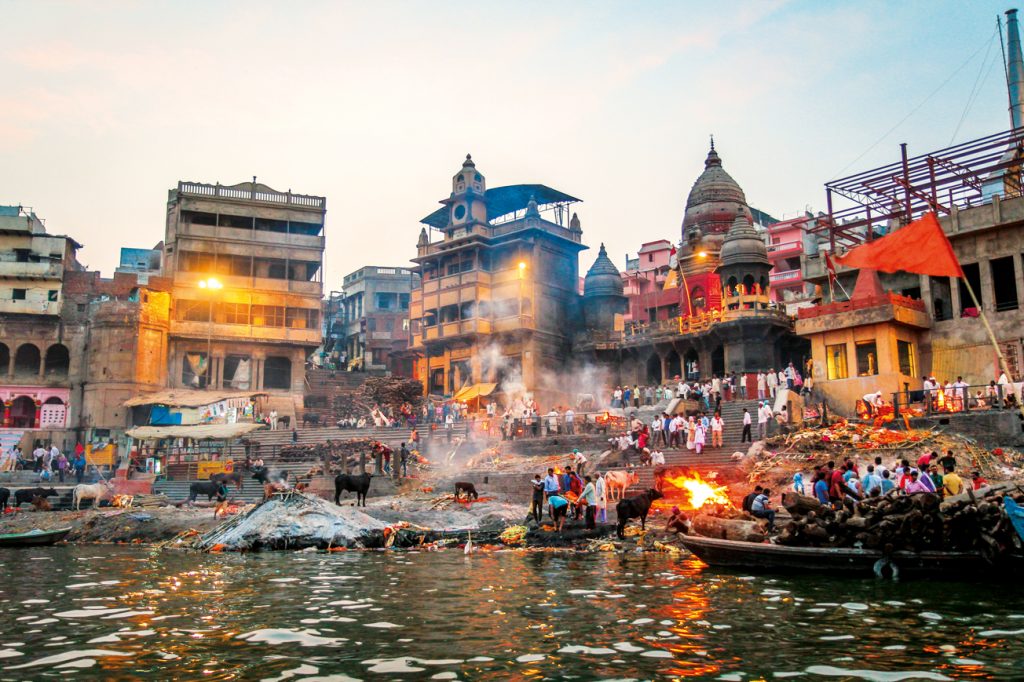 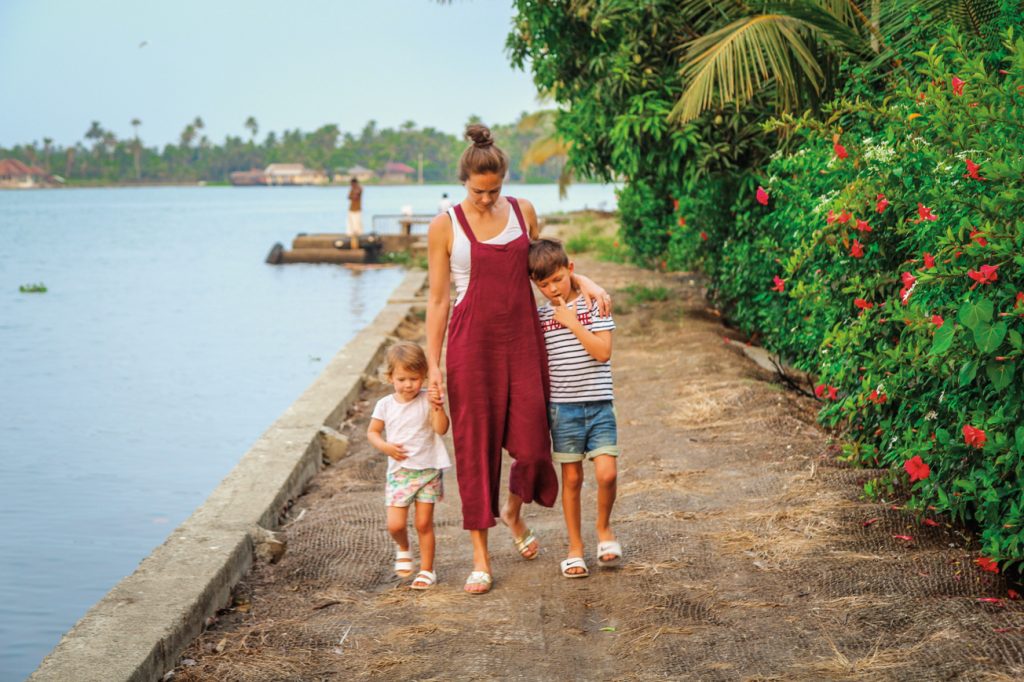 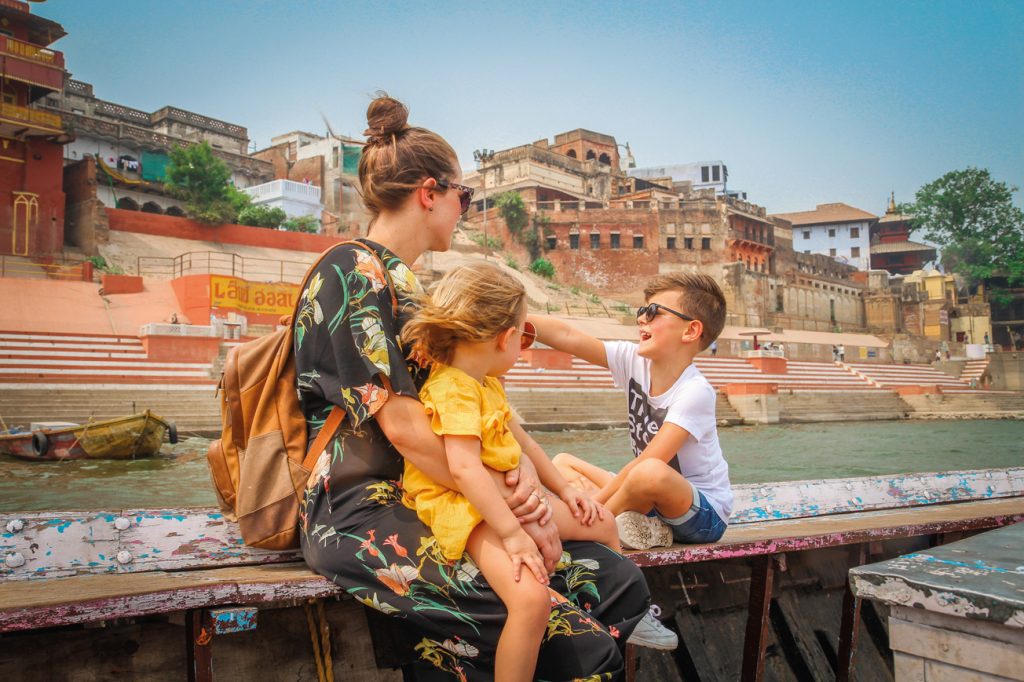 The family went to India in April 2018. At that time, Elodie was almost three years old and Bas was seven. They visited four cities – New Delhi, Agra, Jaipur, Varanas – and stayed in the country for three weeks, but it was not enough. “Afterwards, we felt like we would have loved some more time in Jaipur, for example.”

The starting point for them was the city of New Delhi. “We booked a hotel for a couple of days at Aerocity, which is quite close to the airport. We chose this option because we were told the atmosphere was a little more relaxed here than closer to the city. It turned out to be a good choice, since the cultural differences were huge, especially for the kids.” In fact, this was their favourite thing about the trip. “We had the opportunity to start a conversation with the kids about the differences between their lives and the lives of the kids we met, but also had the opportunity to give them a relaxed time because the luxury hotels are very affordable. Talking to your kids about these issues is one thing, but we have to keep in mind that they deserve a carefree youth. We can’t put all the world’s misery on their shoulders.”

To travel between the cities they chose to visit, Katrien and Ludovic decided to hire a private driver together with their rental car. “The driver is at your disposal whenever you want and they stay in accommodation near yours. But you don’t have to worry about that because it’s included in the rental price.”

Of the four cities they went to, Jaipur was by far the most special. “The city is awesome in so many ways. The historical and architectural wealth is breath-taking and there are so many wonderful places to see. Ajmer Fort, the Hawa Mahal, the Jawahar Circle and the Monkey Temple…” But there’s a lot more you mustn’t miss out on in India. “Agra, with the Taj Mahal and the Red Fort is a must-see. The Tiger Safari in Ranthambore in the North-West of the country is also something you just have to do.” For the kids, this was one of the most special parts of the trip. But Katrien told us they also loved to stay on the boathouse in Kerala. “I think it’s important to give them some time to be kids, to play and have fun inside the safe walls of the hotels. They see the bigger picture for sure, but we also have to give them time to absorb and process their experiences. Our kids really need that when we’re away.” 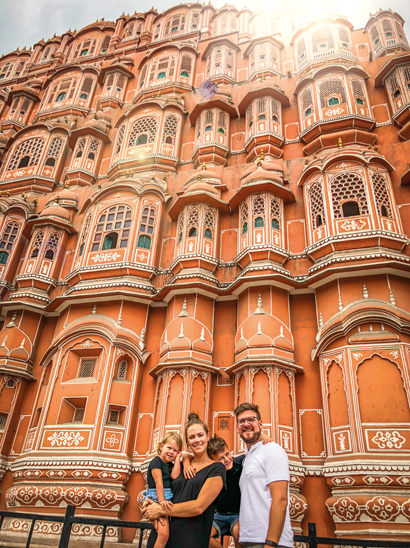 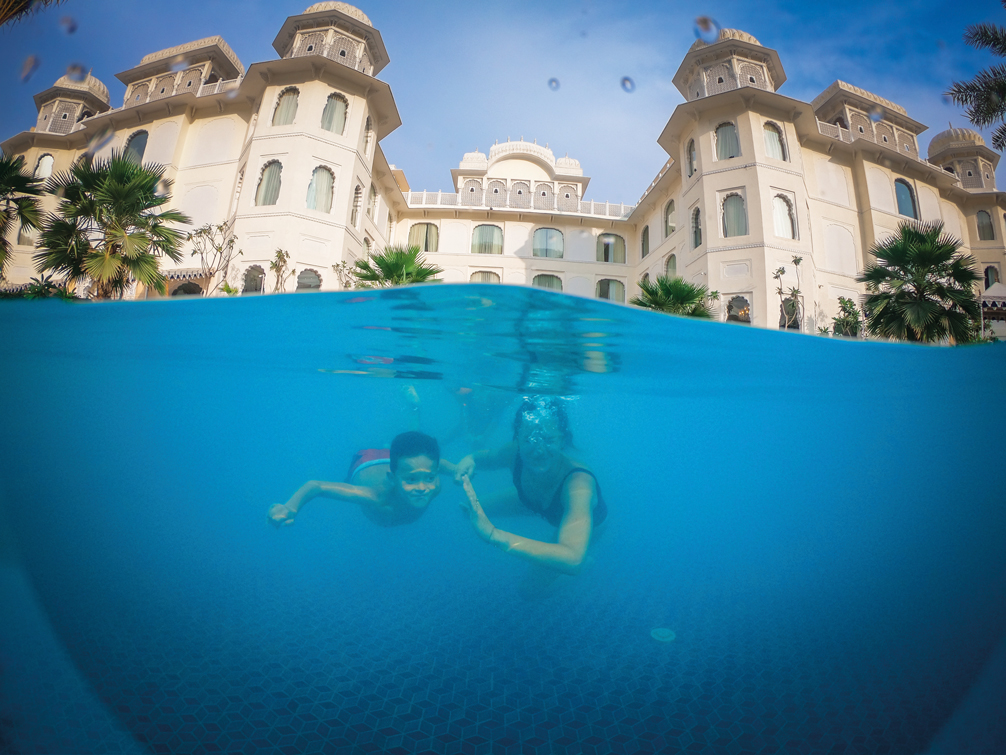 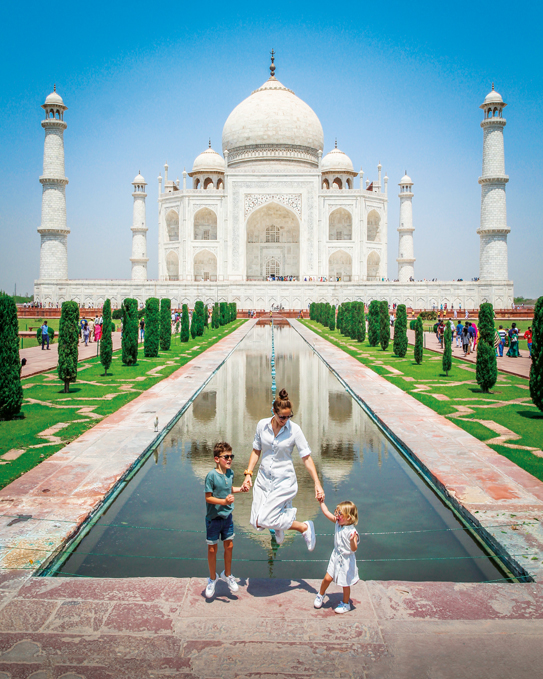 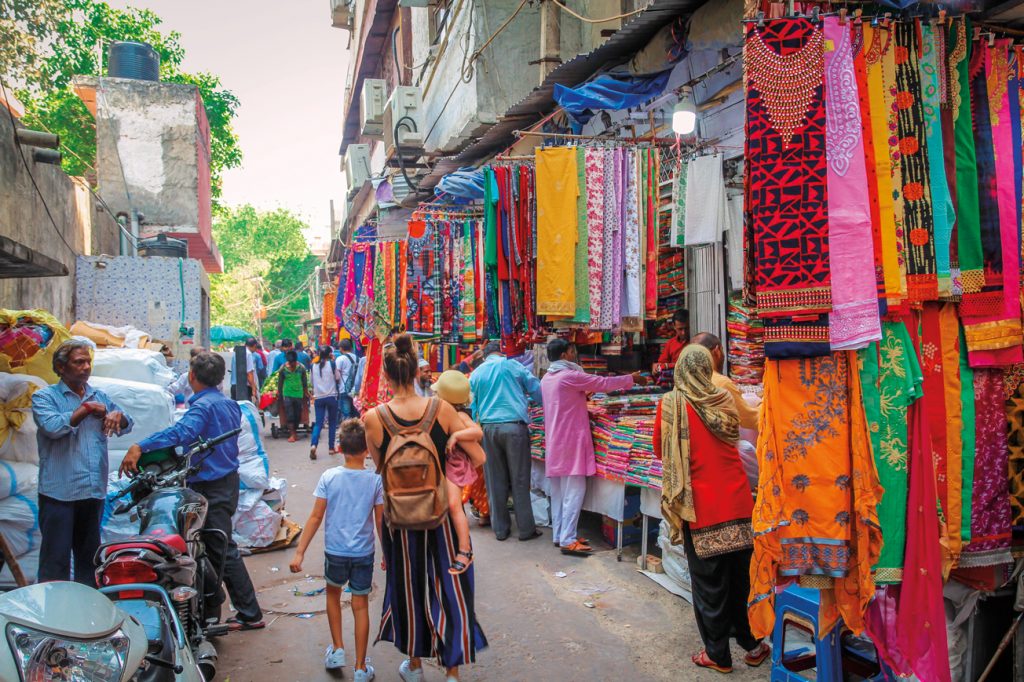 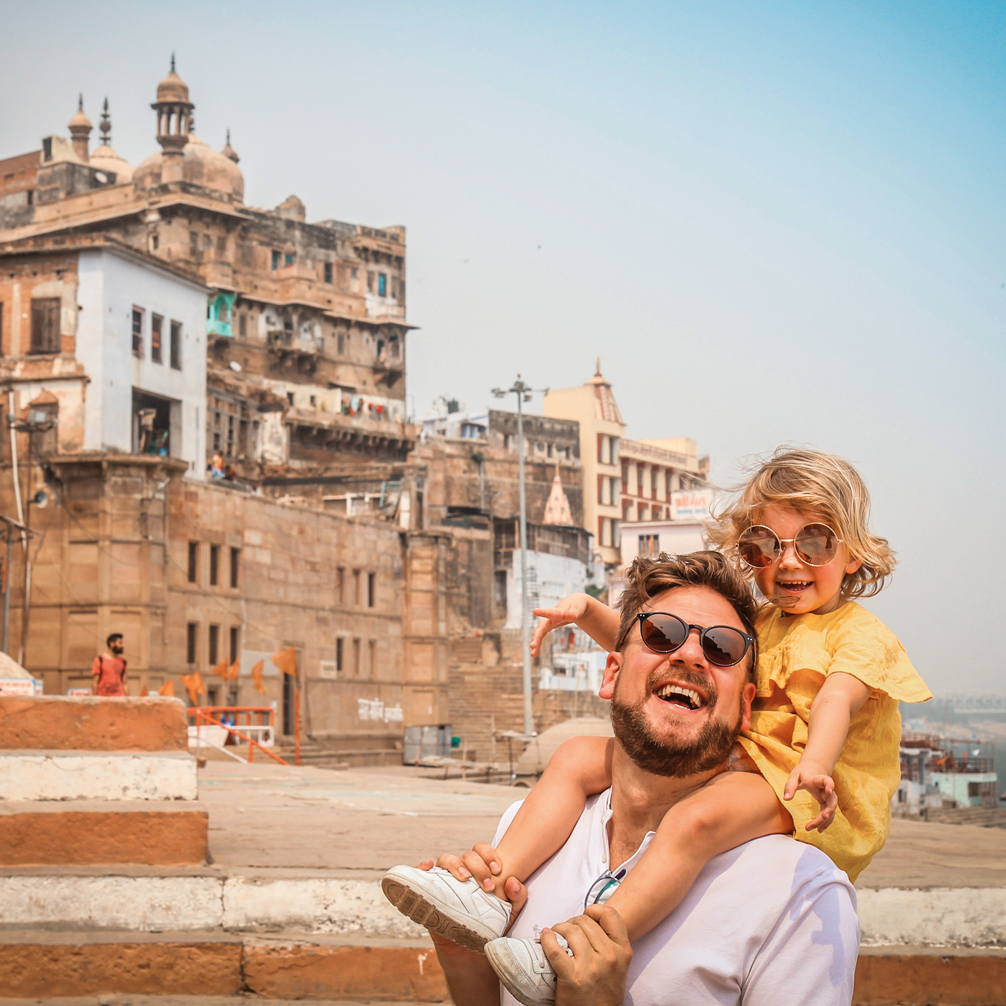 At the end of the day, Katrien thinks of India as a family-friendly destination, especially for those used to travelling around. “It’s very hectic and the cultural gap is gigantic. If you’ve already experienced Asian destinations like Thailand, Vietnam or Cambodia and you enjoyed it, then it’s definitely worth the visit.” It is also excellent for parents who think that awareness is important in their kid’s education. “Going to India was the best way to show our kids how people live and how things like religion, wealth and climate have a huge influence on how you grow up. The way we think and act depends on how we see the world and for that reason, we are beyond grateful we were able to travel India with our kids. Especially Bas, who still talks about it sometimes, asking questions and giving his opinion. Even almost three years after visiting the country. That for sure is one of the reasons we like to travel around the world. We hope that this way, our kids will develop an open-minded attitude towards people with different backgrounds.”

Of all the places they’ve been to, the only one she does not recommend to other families is the city of Varanasi. “It is one of the oldest cities in the world and a sacred place. It’s mind blowing and the atmosphere gets to you while walking around between the cows on one side and being yelled at to get on a boat on the other. You also see a lot of kids begging for money. They chase you down the streets for minutes and seem to be trained in how to address tourists. We loved the experience but I’m not sure if I would recommend it to other families.” Still about India, Katrien left us with a curious warning. “Kids with blond hair (like Elodie) are almost worshipped in parts of Asia, and in India too. We often had to put her on our shoulders to prevent people picking her up and cuddling her all the time. Although this was meant as a kind act towards her, she hated it.”

DISCOVERING INDIA... WITH THE KIDS! - My Lemon Magazine