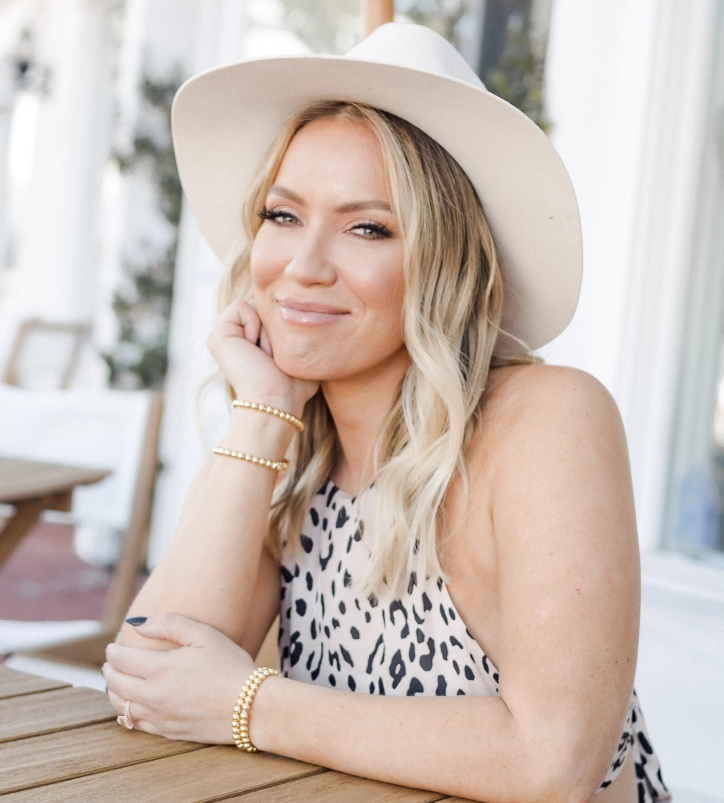 Just about every woman alive wants to achieve wealth and success, but very few can offer bulletproof definitions for either term.

Is wealth all about money? If so, how much? If not, what other types of abundance should be factored in?

And as for success, is it only tied to public achievements and career advancement? Can someone be a quiet, private success or is it all about being seen?

Honestly, I’m not sure. Even though I mentor women on entrepreneurship, investment, and building generational abundance, I’ve seen different definitions of success and wealth make sense in different contexts. Not only that, the parameters for wealth and success seem to fluctuate depending on your career choices.

That said, most people seem to believe that success is tied to advancing up the so-called corporate ladder and taking incremental pay raises along the way. It’s a template that seems reliable and safe … but in my opinion, it’s actually quite perilous.

The majority may opt for jobs with established companies, but a handful will always pursue entrepreneurship, hoping their fulfillment, impact, and wealth will surpass all expectations. While striking out on your own may seem bold and risky, consider this; When you become an entrepreneur, you decide how much money you get to make. No HR rep or industry rubric gets to dictate your salary based on experience and market forces. You choose. You’re in total control, and the amount you earn has no cap.

You define wealth and success for yourself.

When you take a job working for someone else’s organization, you’re tying yourself to that organization. The people in charge get to make critical decisions about your life. When you can take time off, how much money you can make, and what your pension is going to look like … you have to play by their rules and that’s the riskiest thing you can do, even though society says it’s the safest thing to do.

So I’ve come to believe that we need to discuss the meaning of success and measurements of wealth, with an eye toward redefining them. Especially for women, who are paid less, praised infrequently, and promoted grudgingly in the corporate world. I wanted to talk with others who want the conversation around abundance and achievement to shift, so I interviewed 11 women entrepreneurs about their success journeys, ideas about abundance, and thoughts on changing social norms around wealth.

What they told me was utterly fascinating, and even transformed my own ideas around these important concepts.

Too much success can be bad … if you’re a woman

One of the most problematic things about our current definitions of wealth and success is that they create a hierarchy. Get promoted high enough on the org chart and you’re seen as more powerful than everyone below you, which can cause friction if one of those people below you is your spouse. Even if that spouse works at another company! Considering traditional gender roles in Western society, most husbands are much happier holding more prestigious titles and earning more money than their wives. When a woman becomes the family breadwinner, she doesn’t always get to be proud of her accomplishments; sometimes, she’s made to feel ashamed or uncomfortable.

Other unhealthy dynamics may emerge, too. Kirsten Johnson’s online community, Unstoppable Mother, became so successful that her husband was able to quit his day job and support the community alongside Kirsten. That didn’t work out how they’d envisioned it.

“At first, it sounded really cool, right? He’s quitting his job. He’s going to be doing this full-time with me,” she says. “And he was happy at first, but I could see the work slowly depleting his energy. We did have a point where it was really difficult in our marriage and needed to go to counseling. After that, I realized he was losing himself by becoming so entrenched in my world and my work.”

Of course, many husbands are thrilled to see their wives out-earning them. “My husband will tell you all the time, he doesn’t mind that I’m the breadwinner,” says Plexus Worldwide ambassador Cheyenne Weable. “Especially since it allowed him to step back from something he was miserable doing, and figure out what he wanted to do instead!”

Jennifer Blossom, CEO, and founder of Blossoming Mommy And Baby told me, “We have boiled it down to communication. We just need to get on that same page and work cohesively together as a team.”

In my view, recasting wealth and success will help dispel any tension between married couples. And if there’s no tension, to begin with, more flexible definitions will still help both partners stand tall in their accomplishments. 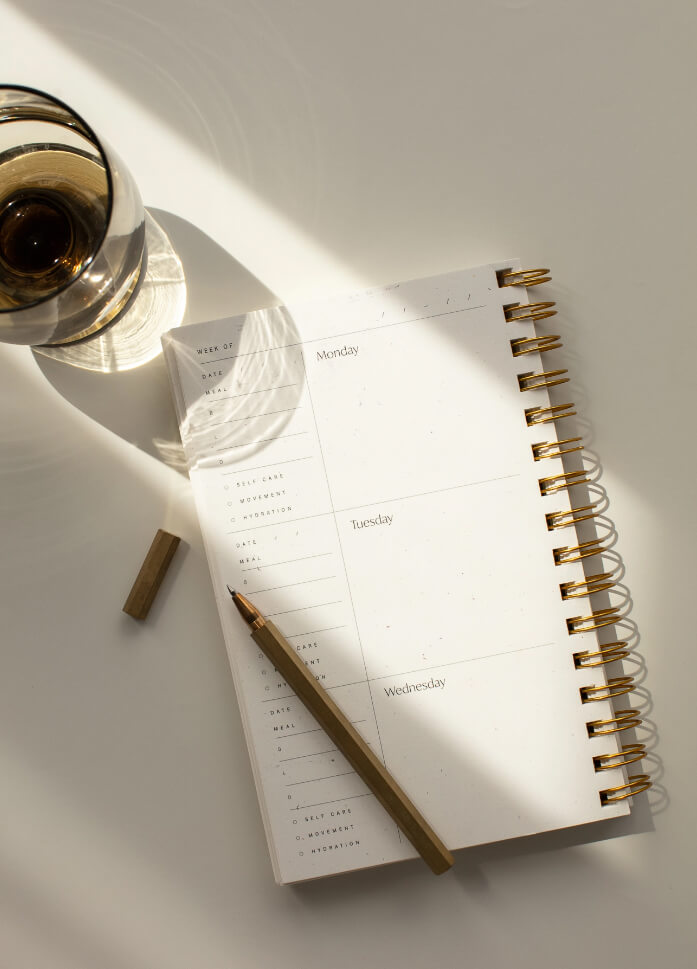 The role of fulfillment

I know a thing or two about purpose and fulfillment. I trained and worked as an ER nurse, which was exhausting but deeply rewarding work. Then I transitioned to making millions in multi-level marketing which was exhilarating … but with no money mentors or financial know-how at my disposal, I spent more than I took in. When I finally recognized my own unhealthy habits, I committed to educating myself on money matters and paying that knowledge forward to other women.

So my first career had a purpose but lower pay and high-stress levels.

My second career had wealth and enjoyment but wasn’t as fulfilling as I would have liked.

And now, in my current role as an abundance and wealth coach who’s out to shatter society’s addiction to the paycheck, I have both. The women entrepreneurs I spoke with are building lives for themselves that allow them to build generational wealth and embrace their true purpose.

“Back when I was getting started, I thought success had to do with external accolades, being on big stages, and juggling multiple roles,” explains Dana Malstaff, founder and CEO of Boss Mom. “Now, my definition of success is much more internal. So success is, I wake up and I’m excited to get out of bed. I experience fulfillment and joy in a lot of different areas of my life.”

Aimee Greczmiel, the founder of Corporate Mom Coach, adds that her success mindset is tied to a sense of freedom and optimism, something that flows naturally when your work merges wealth with fulfillment.

“When I made the decision to become an entrepreneur, I had no idea what the income level was going to look like in year one, two, or three,” Greczmiel told me. “And quite honestly, I didn’t care because I knew, at the end of the day, the possibility was really limitless. I chose to operate from a state and mindset of possibility versus limitation.”

I love that philosophy, and urge all my clients to adopt a similar one for themselves. In my experience, flexible income and financial wisdom pave the way to true freedom, so I’m determined to help my clients build heart-centered businesses that also bring them boundless abundance. Far too many women, mothers, and wives are made to feel guilty about pursuing entrepreneurship, becoming the breadwinner, or chasing their dreams, and this needs to change. Instead, bold women should be encouraged to take control of their earning power, build lucrative businesses, and live abundant lives.

And people of all genders should rethink how they define wealth and success. Earnings are important and accomplishments build a firm foundation, but all of us need more. We need lives that are abundant in confidence, support, and purpose. We need to acknowledge our own success even if no one else will. Just like the amazing women I interviewed, I hope you’ll consider shifting and expanding your ideas around these concepts. Doing so just might open you up to a new and more fulfilling path.

If you need more help finding the trailhead for that path, I’m here for you. I help all of my clients learn to think, act, and live like wealthy, successful people. My mission is to make sure that all of the women in the world—especially moms—have complete control and power over their own destinies and legacies. If you’re ready to embrace that power for yourself, let’s talk. Find me at www.mommymillionaire.co