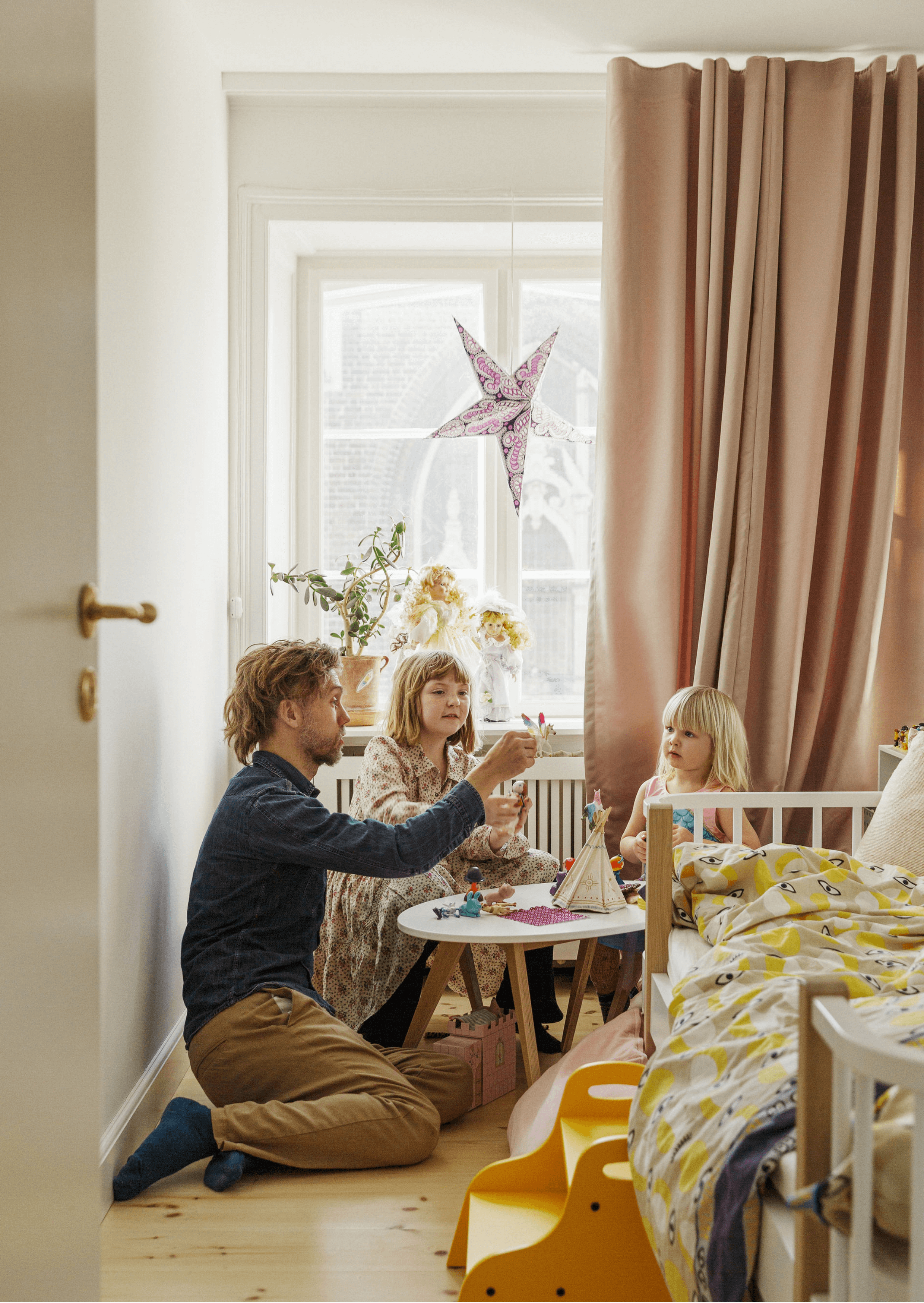 Nikolaj Plads is as downtown Copenhagen as it gets: it’s a little square tucked neatly away in between the tourist-clad cafes and canals of Nyhavn and the bustling shop- ping street Strøget. This is where freelance photographer Anders Hviid-Haglund lives with his art director wife, Katja Haglund, and the couple’s three daughters, Bibbi, 4, Wendy, 8, and Marta, 12, in a very old apartment: Think half-timbering on the walls, crooked, creaking floors and ceiling heights not suitable for tall people. 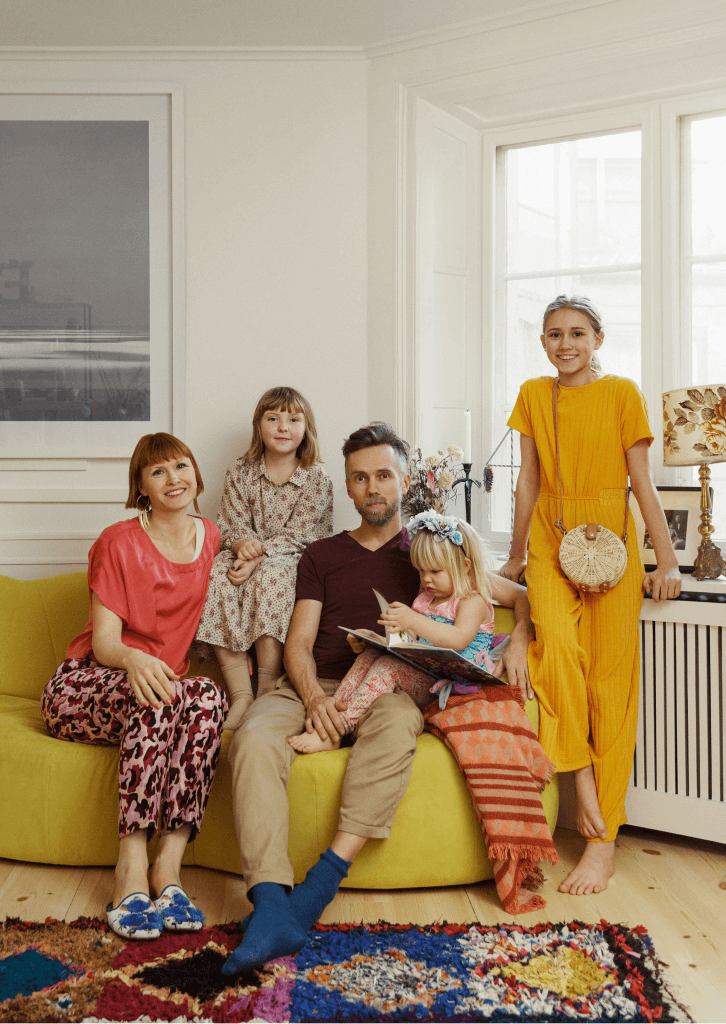 “Living here is kind of like being on a big city vacation all the time. Nikolaj Plads is a little haven, super charming and so cosy, like a small sacred nook,” Anders Hviid- Haglund notes on the location of the spacious 170 square meters big apartment in the centre of old Copenhagen, and continues: “The surroundings are really a gift that keeps on giving. There’s nearly any traffic from cars. However, there’s traffic from peo- ple, because it’s a square, where people stop for a little rest or hangout, so it’s always buzzing with life outside our windows. On a warm Spring day, it’s almost like Paris.”

The apartment is, as you might already have guessed, filled with rooms, crannies and quirks. “We’re really embracing this apartment, looking at it as an opportunity to try something completely new and different. It has been fun to move into a place with more history embedded in the walls – you automatically think of what once was, ” Anders tells of the home, where the family has lived for almost six months.

The family is indeed making the best of it with an abundance of colour and cool de- sign, very much accredited to Katja’s aesthetic eye, Anders says. “We’re the type  of people, whose decorating is a constant process, always moving so to speak. We’re not afraid of trying new things, which I think has to do with our jobs. Both of us work with clients, creating specific looks for them, and we get influenced and inspired and bring that home with us. What’s the worst that can happen, really? If we don’t like it, we just redo it,” Anders notes.

The girls each have their own room, which was a big priority for Anders and Katja. They have chosen three different beds from the same brand to make them more per- sonal, each with different expressions and matching their daughters’ personality and age. For instance, Marta being the oldest has gotten a bigger bed, one that serves many functions.

“This is a bed that will last many years and one that she can bring with her when the time comes. As for now, besides sleeping in it, she uses it as sort of a lounge area, hanging out with friends, watching movies  and  having  sleepovers,” Anders  explains and continues:

“They all need their own space. Like today, when Bibbi came home from kindergarten, she went to her room and closed the door for half an hour. She does that sometimes, just needing a little peace and quiet after a day being surrounded by other kids.”

Morning and evening meals around the big, round table in the kitchen are sacred. This is where everyone checks in with each other’s day and no screens are allowed. “Also, we have a standing joke, that our kitchen is a 24/7 open buffet because there’s always someone who’s hungry,” Anders laughs.

And laughing is something the family does a lot, and while not having a life philoso- phy, Anders and Katja are teaching their kids the importance of goofing around and being able to laugh at themselves. “We prioritise to get down on the floor and see the world from their perspective. Often they prefer to make up games with what’s at hand – everything from an old shoelace to cardboard packaging,” he explains.

Raising children in the city, Anders and Katja have made the conscious choice of seek- ing out the outdoors and nature. All of the girls have attended nature kindergarten – Bibbi is still going – and the family is  really  big  fans  of  exploring  their  surroundings. “For me, as a photographer, just seeing the light move during the day has been an amazing experience. Living in a historic centre of the city, it seems like new details on the surrounding architecture keep revealing themselves, even after several visits. Noticing and exploring these little things together with the kids, is something I really appreciate. We put in an effort to incorporate the city environment into our daily life, almost like city picnics. Like eating our lunch in the beautiful garden behind the Royal Library or taking a walk in the courtyard of the parliament building Christiansborg,” Anders explains and continues: “But the kids also need a dose of real nature and going to the forest is a stable on our weekend repertoire, come rain or shine. As long as there are provisions, everyone’s happy.” 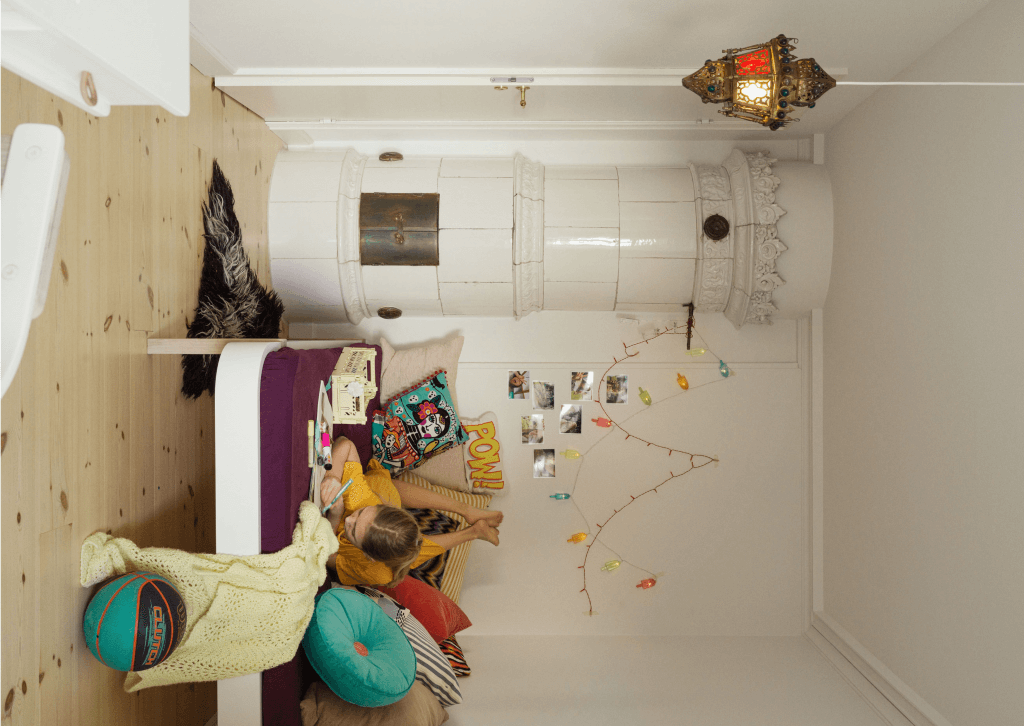 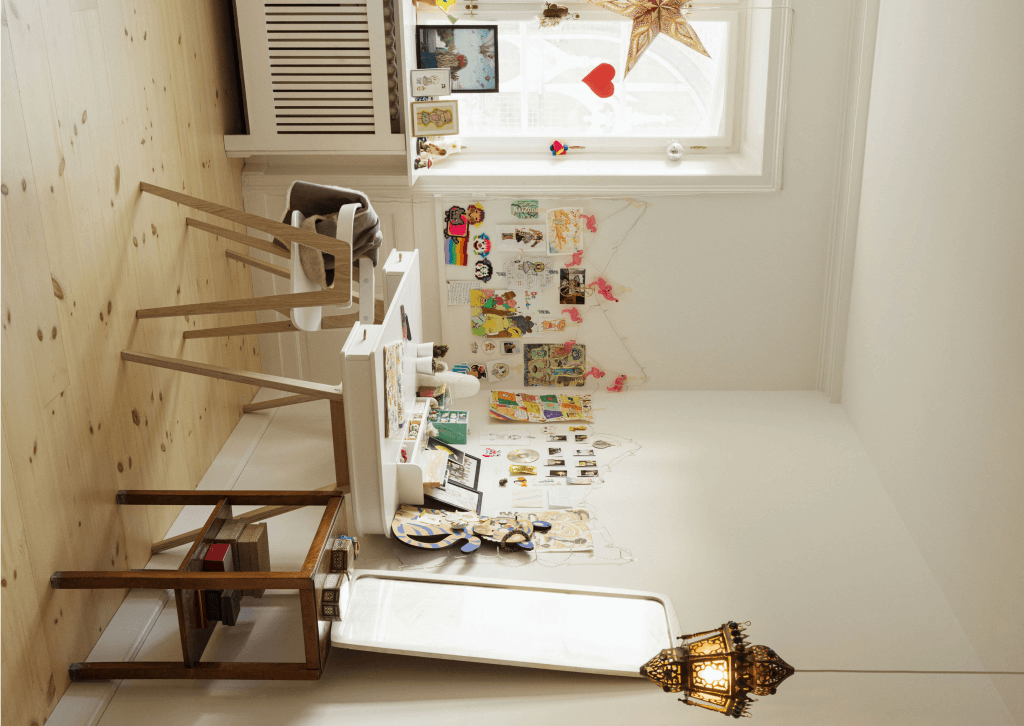 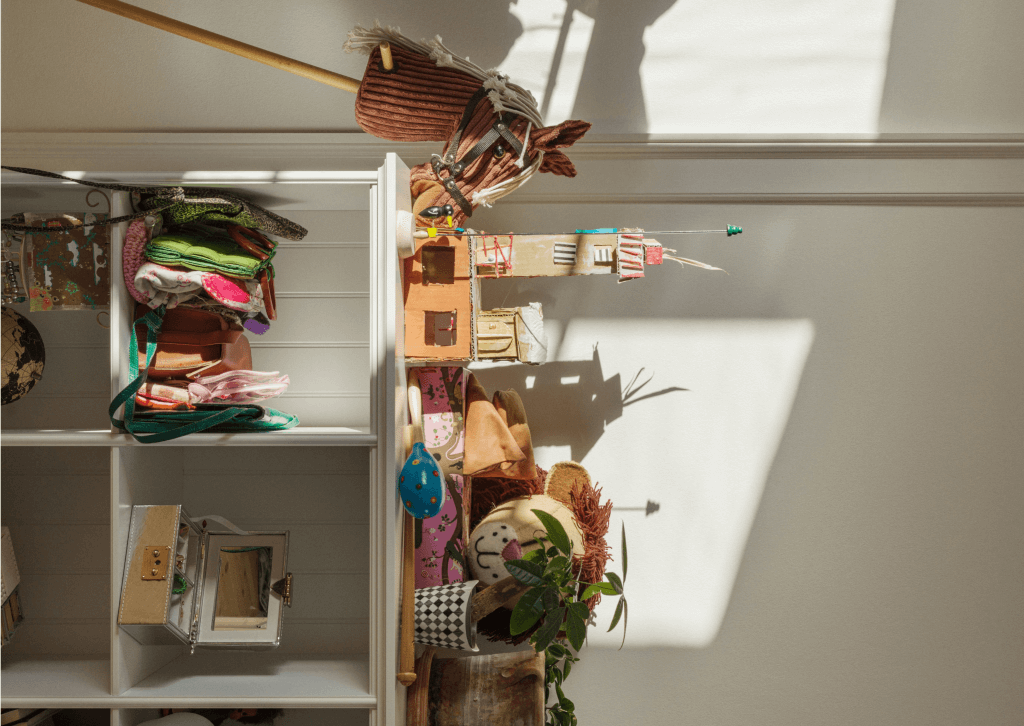 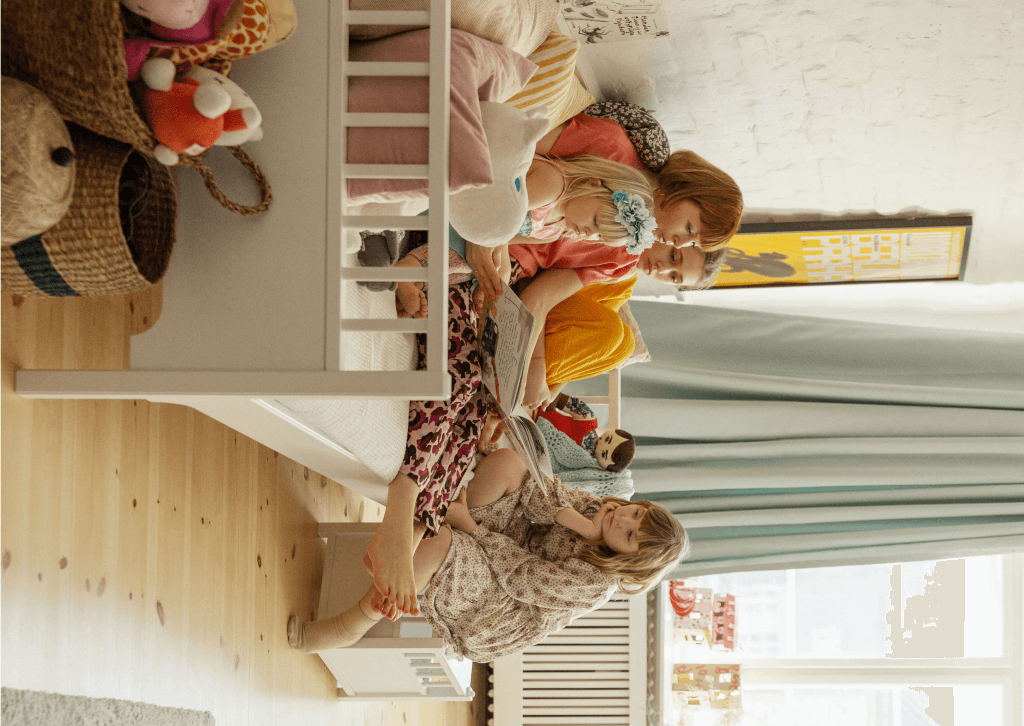