AN INTERVIEW WITH TIA CIBANI 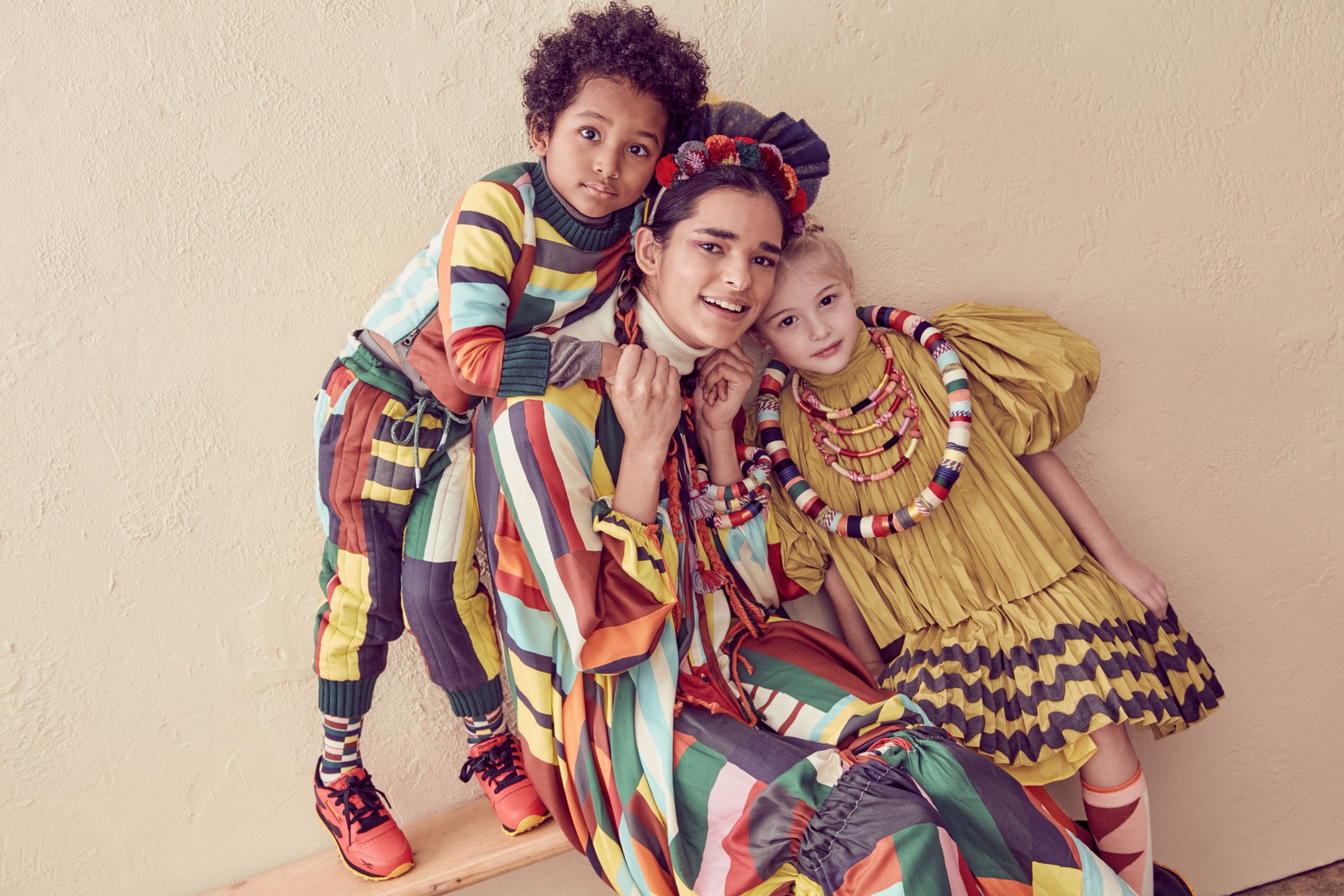 AN INTERVIEW WITH TIA CIBANI

If there’s something positive that’s come out of 2020 it’s the back to basics approach we’ve all had to adjust to. The lack of social interaction we’ve learnt to live by has created a sense of kindness and ease with each other as strangers. The sheer delight of speaking to another human being, especially one which you’ve been wanting to know more about for quite some time is all the more there.

Let me introduce you to TIA CIBANI.

Tia Cibani is warm. Her voice is incredibly elegant. She speaks with such calmness, reassurance and a slight huskiness. She’s totally got me in a trance even though my two young boys are doing everything and anything they can to get my attention!

We’ve been fans of Tia Cibani for quite some time here at LEMON HQ. We love the fun and energetic styles she injects in her designs. We adore the patterns and colours and the vibrant use of her North African heritage.

Tia started her studying at Parsons in New York. She didn’t finish though as she was given an internship at Ports 1961 which led her to China as they were one of the first brands to really focus on that market. In her own words she was part of the “pioneering team” and from internship she grew into a full time role and ended up staying there for over 15 years. Her focus was in womenswear. She was one of the main designers with a supportive team around her.

During her time there, one of her cousins encouraged her to have a bit of fun and create some garments for her kids. Tia did so. She enjoyed it. She got excited but left it on the back burner. She continued her work for Ports 1961 but after more than a decade and a half, decided to leave for no other reason but to try and start a family of her own and achieve a better work/life balance.

Within a couple of months Tia was pregnant with her first child. Her friends and family kept on asking her to make their kids clothes but she didn’t think much of it until eventually she realised she already had a great network of supporters around her so why not give it a proper go!

Tia Cibani, the brand, was born. It was an incredibly scary time for Tia. She had gone from a big team of people to just her. She delved right into it, she knew that would be the only way that would work for her. She started to create garments she knew her kids would wear and love. She used the intricacies and clever nuances she knew to well from creating womenswear garments and that gave her the comfort she needed to deliver garments of the high level that she wanted.

And from there, the brand grew. Tia is the only designer, however in New York she has two employees and in CHINA, a country she is so at ease with, she has 9 employees. China is where her samples and garments are made and in Tia’s own words “I have the luxury of having my own team out there. Not only do I know that they will develop to the high standard that I need but I also trust them so I don’t need to travel so often and leave my children.”

Her main stockists are Luisa Via Roma, Lane Crawford and Bambini fashion as well as numerous children’s boutiques all over the world and of course her own website.

Her collection inspiration comes from her travelling. Whether she travels physically or mentally through images and photographs her creativity starts to explode. Her North African heritage plays a huge role in her designs too. The colours, patterns, cuts and fabrics are in some what a tribute to her roots. She believes all her clothes should be inventive, uplifting but most importantly functional. Kids are kids after all!

Its fair to say that Tia has worked hard, very, very hard, to create a brand that is so successful and one where she can spend more time with her family. Her dream, post covid, is to take a year out with her husband and her two children to travel the world. It’s something she knows will teach her family a lifetime of experience. Where would her first stop be? “India! I’ve been before but I can’t wait to show the country to my children!”

AN INTERVIEW WITH TIA CIBANI - My Lemon Magazine