``LEMON is a magazine for modern parenting - refreshing, aspirational and inclusive. It speaks to mothers who understand that with motherhood the juggle really is real but with the juggle comes inspiration. These empowering women are aware they are raising the future and that their actions and opinions can make a difference. They are mothers who are running the boardroom but also make it back for bath time because they know it’s little moments like these that won’t last forever. LEMON is the intelligent glossy magazine for today’s modern mother.`` Lauren Murdoch smith 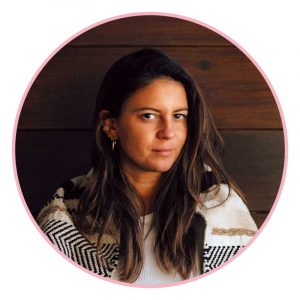 Barbara Perino is Portuguese, has two children, Zion, 14 years old and Africa 6 years old and raises them between Mozambique and Lisbon. She is a supporter of the so-called modern motherhood, in which the responsibilities of mothers coexist, at home and at work.

Barbara has a background in international business, but fashion and interior design have always been her favorite areas. Before having children she headed to London, where she studied fashion (Vogue, Condé Nast College of Fashion & Design), performing arts (dance, singing and acting, Pineapple dance studios ) and interior design (KLC School of Design – London).

Three years ago, Barbara made one of her biggest dreams come true: the opening of a hotel – Sentidos Beach Retreat – in Mozambique, where her paternal roots are based, and also where her two children were born. Sentidos Beach Retreat reflects Bárbara’s socially responsible personality to a large extent: there are a number of projects developed around the community, including the construction of classrooms for the region’s local schools. She has half of her heart in Mozambique and a big passion for the sea, orcas, the moon and great human beings. Travel is her passion, and Lisbon is the city of her heart.

Barbara has a mind constantly bubbling with creative effervescence. It was from this continuing desire to do more, that in 2019, Lemon Magazine was born. A magazine for contemporary and real moms, with cool kids.

About Us - My Lemon Magazine