A STORY ABOUT GUS AND BEAU PLAYMATS 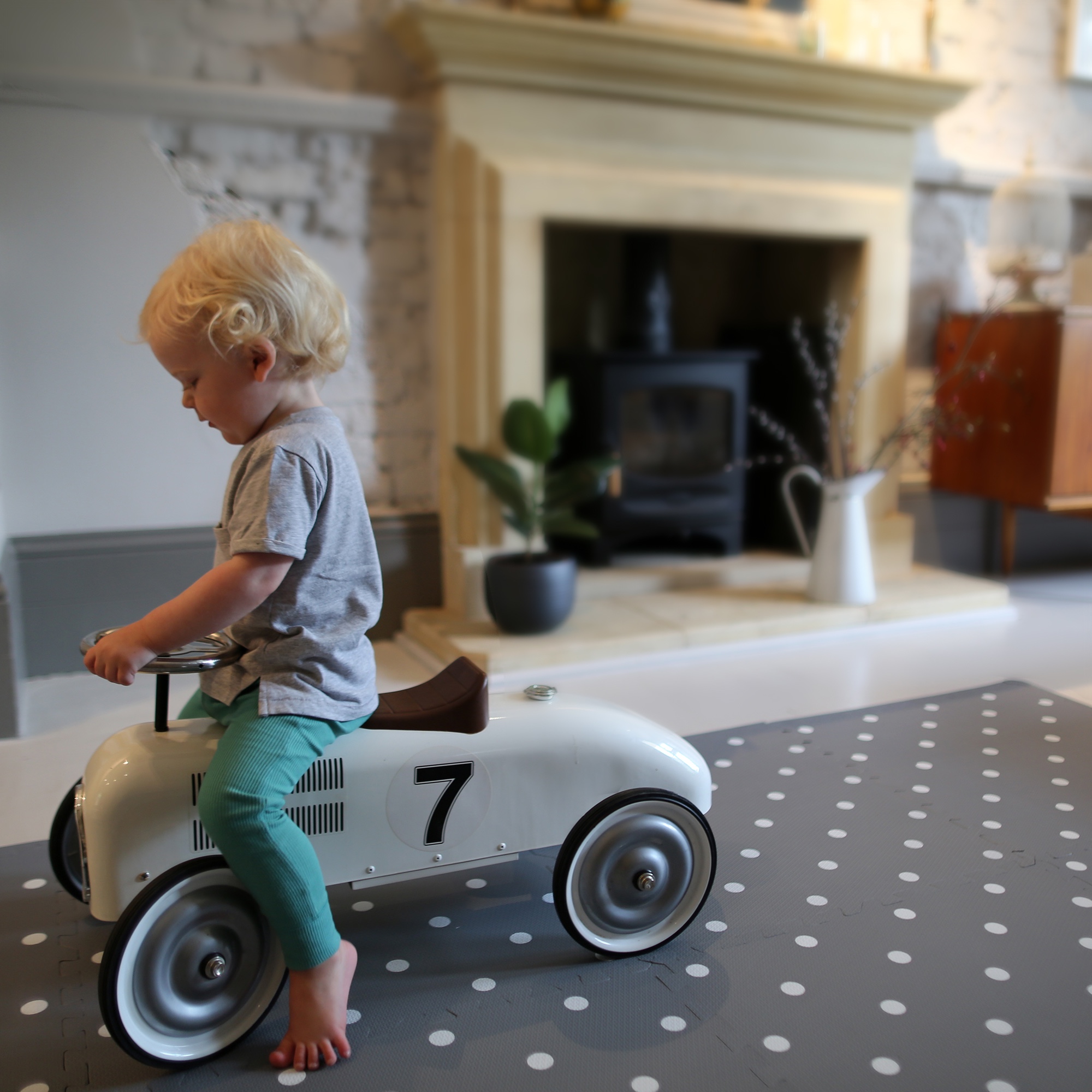 A STORY ABOUT GUS AND BEAU PLAYMATS

GUS AND BEAU has changed the sitting rooms of many people. Gone are the very colourful alphabet puzzle mats that should be confined to kids bedrooms but are often in the living rooms of beautifully interiored homes and IN are Gus and Beau tasteful, elegant and discreet playmats which belong in the sitting room as they only add beauty and comfort!

Founded by Liz Rawlinson in 2017, her background is very experienced to say the least.

Liz has worked in ecommerce retail for over 10 years, working for incredible companies such as Liberty, L’Oréal, notonthehighstreet.com and Anya Hindmarch.

It was after the birth of her second son, Gus, in 2017, that she found herself looking for ways to create safe playing areas for him in their living spaces at home. “I struggled to find beautiful playmats which would blend in with our interiors. I spotted a gap in the market; a premium playmat that was not only functional and safe, but complemented our home’s style and aesthetic.

So, while on maternity leave, I decided to design and manufacture my own. After working in retail (and spending a lot of time on Instagram) I could see that parents wanted simple designs in muted tones and clean patterns when it came to playtime for their babies.” She says. And that is exactly how GUS AND BEAU was born!

There is unfortunately a sad part to her story and the birth of Gus and Beau. Her first son, Beau, was stillborn in 2016 when she was 38 weeks pregnant.

In Liz’s own words, she was then lucky enough to go on to have her two sons Gus and Jerry. “Without Beau I would never have started my business and he taught me more about the world than I ever would have learnt on my own.” She says.

“This is for Gus and Jerry, my rainbow babies, and Beau who is forever in our hearts.”

A STORY ABOUT GUS AND BEAU PLAYMATS - My Lemon Magazine